Don’t you just love Christmas? When I was younger Christmas was about presents and family and food, but also about the actual Christian meaning of Christmas.  As my brother and I grew into the teens, it became a lot more about the presents than anything else. Then as we grew up and both moved out of our first home, we realised it was about so much more than that! We both, at the ages of 27 and 29 (he’s older), still wake up at 6AM with excitement of the day to come, but the first Christmas we did this and we weren’t together, we had a little cry on the phone to each other. 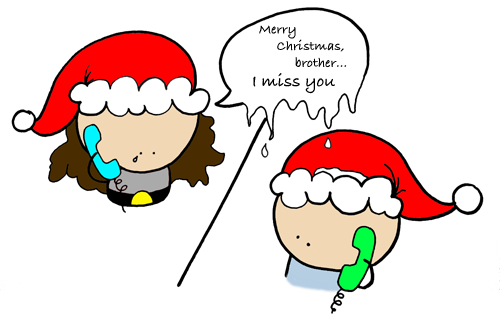 The years we had spent being excited about presents, we realised we got excited for reasons unbeknown to us back then. We loved waking up together and opening our stockings, then waiting for the all important 8AM wake up call for Mum and Dad. We would head downstairs to see if the carrot and milk we left for Santa and the reindeer had been eaten and drank. We would open our presents from Santa with such excitement, and then get dressed in our best clothes for trips to see the family and then back home to settle for a big Christmas dinner and crackers 🙂 And oh the joy of Christmas films on the TV. Arguing over who got the remote and which film we would watch first was the best!

My brother now lives in Edinburgh and I very rarely get to do this ritual with him anymore. We managed to both be in the same place last Christmas, and I woke up in the morning at 6AM and bounced into his room to give him a big sloppy hug and kiss, with happy tears in my eye, since we were both home and could be like kids again. Every year, our presents are still from Santa, and last year we played our games on the Wii, instead of playing with Legos like we did when we were younger. (Den’s note: Why did you stop playing with Legos? They’re the best! Can I have yours?) But we still argued over the television. Some things never change!

Its amazing how some families have traditions that will live for years, I know I will enforce the same values into my children, and I hope they do with theirs. So my fellow Optimists… I ask, what family traditions do you have at Christmas?

Love always,
Beth of the great blog Life Since Then

Thank you all for entering our little contest!

The question you had to answer was:
Two cartoon sounds were used in this post. Wherefrom do these sounds originate?

And we only had ONE right answer! This blew us away!

HOWEVER, dear Optimists, we noticed that the question could be somewhat missleading and perhaps made people believe that they had to guess in what cartoon the sound “Cowabunga” was first used in. And that, darling readers, was indeed Teenage Mutant Ninja Turtles! (and later Peanuts).

So we went on to pick another winner! To assure you that we didn’t cheat, we took pictures: 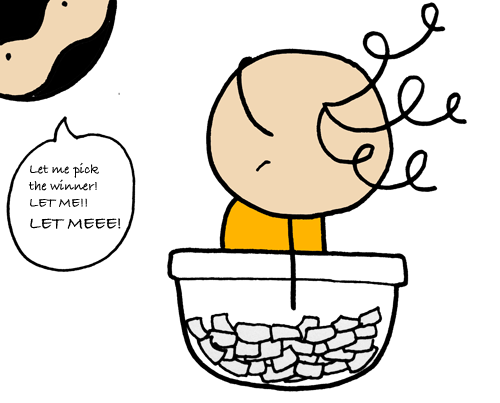 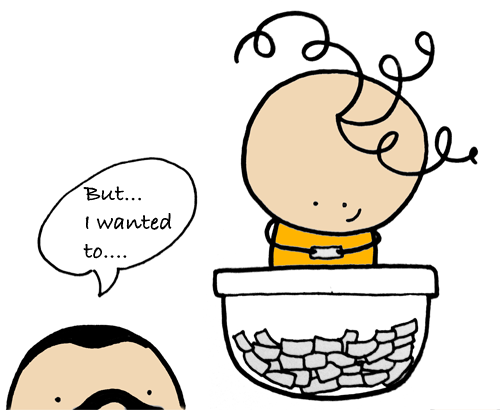 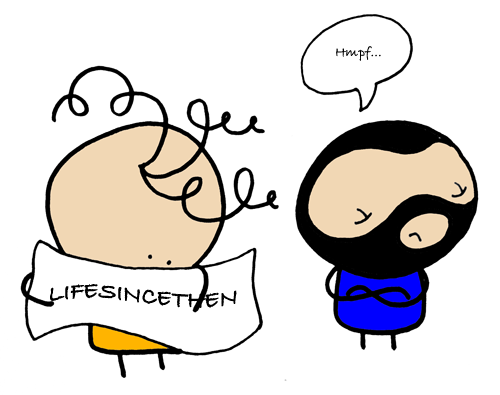 (jakennicksmomma and lifesincethen, please send us an image or a description of yourself or someone you want illustrated at dearoptimists [at] gmail.com)

Thank you all! This will not be the last contest!

Don’t forget to send in your stories!

It's not very optimistic to steal, but feel free to share the optimism by using our illustrations and stories as long as you remember to link back to us - you could end up saving a pessimist!
Loading Comments...
Comment
×